Divorce or separation is a major disruption in the lives of spouses and ultimately their children. Hence it becomes necessary to distribute all the common property among each party and thus decisions which are sometimes difficult to take become obligatory. But when the couple adopted a dog, a completely different question arose. If the law considers it movable property and therefore can only be entrusted to one of the former spouses, such as furniture or a car, sometimes it can be quite different. In fact, the well-being of the dog is a point to consider. But how do you manage the situation and custody of the dog when the spouses divorce or separate? Let’s take a look at this case. 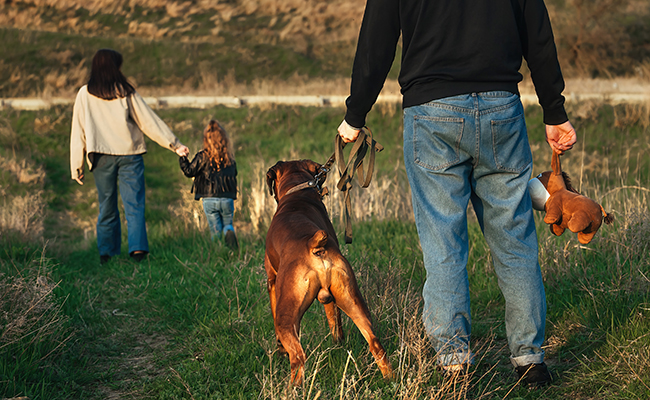 Divorce: When the judge decides custody of the dog

When a married couple separates, many assets must be divided and a complete reorganization to deal with the new situation. Once the ex-spouses have a dog, it is up to the judge to make his or her decision regarding custody of the dog. Indeed, the law considers the animal to be movable subject to the property regime, as is the table, sofa, bed, television, or car. So his custody must be entrusted to one of the former spouses or the other, and guardianship cannot be applied alternately to children in this case.

However, you should know that the judge’s decision will largely depend on the marriage system that the former spouses chose during their marriage.

When a married couple gets married under the system of society

In this case, the dog adopted by the spouses for the duration of the marriage is considered joint property, which requires a decision of the judge. However, if the adoption was made by one of the spouses before or during their marriage, the adopter becomes the owner of the dog again after the divorce.

When a couple gets married under the property separation system

Again, if the dog was adopted before marriage by one of the spouses, it remains their property after the divorce. The same applies if one of the spouses adopts the dog alone during the marriage. However, if it is given as a gift during marriage, the husband who receives it as a gift is the owner.

On the other hand, in the case of joint adoption, the dog is considered a common or undivided property. The judge must then decide to use his or her discretion, which means it is up to him alone to decide whether to entrust the dog to an ex-spouse. To make his decision, the judge can rely on several criteria, namely:

However, if the former spouses wish to carry out the divorce by mutual consent, the decision to custody the dog can be entrusted to a lawyer, in the absence of a judge.

Divorce and separation: when you decide to amicably custody of the dog

The future ex-spouse can decide to arrange an amicable solution regarding the custody of the dog. In this case, it is possible to turn to a canine expert who will play the role of mediator.

In any case, it is necessary above all to take into account the well-being of the dog. The law has become more flexible in this area, especially because of the better consideration that pets, which are considered “Organisms‘, but also to consider both the well-being of the family – especially children – and to avoid the abandonment and/or abuse that tends to occur in this type of situation.

Thus, whether the final decision is made by a judge, by a lawyer, or by an intermediary conciliator, the interests of the dog and the children take precedence. Accordingly, the animal is entrusted to the ex-husband who has custody of the children if they establish strong relations with the dog. On the other hand, if the animal is a danger or danger to them, this cannot be the case. In addition, the dog is generally entrusted to the person who will be able to accommodate him in the best possible conditions, so as to provide him with the healthiest and most suitable environment as well as the care he may need.

Abroad, and especially in North America, it is worth noting that some judges have granted visitation and residence rights to a former spouse who was not given guardianship of the dog to allow him to maintain a relationship with the animal. Alimony payment has been implemented in some cases.

Dog welfare, a point to consider above all

whatever, The well-being of the dog should be the priority For a separated couple. It is hard to imagine depriving children of their dog in this already difficult period for them. An alternative nursery can be a friendly solution at the same pace as the kids in order to please everyone. All you have to do is move the animal at the same time with the latter and present all its accessories in duplicate to avoid disturbing it.

Of course, it is also necessary to take into account the ability of each of the spouses to accommodate the animal in good conditions. If one of the ex-spouses never took care of the dog during marriage, if he could not provide him with a decent environment (living conditions adapted to his needs, good food, suitable equipment, etc.), then it is better to entrust the custody to someone who will be able to take care of him.

Let us not forget that many separations and decisions that were too hasty or were poorly made, even based on the resentment each individual could tolerate, resulted in the dogs involved being mistreated or abandoned. However, our young comrades are not responsible for the situation and suffer from it as both the ex-spouses, children or relatives of the ex-spouses.

Above all, it is worth thinking about the animal and its well-being. The dog can cope well with life with one master. And if he can see each other from time to time, a few minutes on the occasion of the exchange, he will also be happy and will celebrate this as if he left him a few hours ago. Just.